If you’re looking for a detailed introduction to Croatian verbs, you’ve come to the right place!

Croatian grammar is quite complex, but the good news is that you don’t need to know everything in order to reach a conversational level.

For this reason, my advice is to focus on the basics and ask your teacher to simplify the grammar for you. Leave the “heavy lifting” for later.

But, just so you’re familiar with some of the Croatian grammar, here is an explanation of how Croatian verbs are formed and when they are used:

In the Croatian language, verbs have five grammatical categories:

I will not cover all of the categories because they are similar to English. But, there are several tenses in Croatian that you need to be familiar with, and then we’ll look at the aspect of verbs.

Introduction to the verbs

There are seven tenses in the Croatian language:

(Note: some verbs expressing past actions change according to genders!)

Before we start looking at different tenses, it is important to mention a couple of things that are important in forming verbs:

Let’s look at each one to see what their role is in forming tenses.

There are two auxiliary verbs in Croatian:

These are used to form past and future tenses, and are, therefore, an important part of Croatian grammar.

Auxiliary verb biti
Note: The shorter form of the verb is used most often.

Auxiliary verb htjeti
Note: The shorter form of the verb is used most often.

Infinitive and present base form

Apart from auxiliary verbs, you will need to understand the infinitive and the present base form of the verb since both are also used in forming tenses.

In English, if you just want to name an action without expressing a time, duration or the person, you use the infinitive form of the verb – to run, to jump, to sing, etc.

These verbs in Croatian have two endings: -ti, -ći.

Another base you will need in order to form different verb tenses is the present base form.

You get the present base form if you take the infinitive verb and remove the endings:

Sjede zajedno svaki dan.
[They-sit] [together] [each] [day].
They sit together every day.

Now, let’s look at how these help us form verb tenses in Croatian:

Past tenses in Croatian

Just as there are different tenses in the English language used to express an action in the past (such as Simple Past Tense, Past Continuous Tense, etc.), Croatian has several past tenses.

There are four tenses, to be exact, which express a past action, but they are not all used frequently.

Let’s look at each one:

The perfect tense is used for an action that happened and lasted at a specific time in the past. This tense is used the most in the Croatian language.

Add the shorter form of the auxiliary verb “to be”:

The perfect tense is the most used of all the past tenses in Croatian. You can get by with knowing just this form of the past tense. In everyday speech, the other past tenses are not used very frequently.

But, let’s look at the other past tenses, so you can get a good idea of what they are and how they are formed:

The imperfect tense is used to express an action that was repeated in the past or action that happened simultaneously with another action. This tense is hardly used in everyday speech.

Čekah ga godinama.
[I-used-to-wait] [him] [for years].
I used to wait for him for years.

How to form the imperfect tense in 2 easy steps:

Take the present base form of the verb

Add the ending for the imperfect tense:

Pisah joj pismo svakog dana.
[I-used-to-write] [to-her] [letter] [each] [day].
I used to write her a letter every day.

Uzimahu nam stvari.
[They-used-to-take] [to us] [things].
They used to take our things.

This tense is used when you want to express an action that happened before another action in the past.

How to form the pluperfect tense in 3 steps:

Take the perfect or imperfect form of the auxiliary verb “to be”:

The perfect form of the auxiliary verb “to be”:

Imperfect form of the auxiliary verb “to be”:

Here are some more examples:

How to form the aorist tense in 2 steps:

Add the ending for the aorist tense:

Čekaše ga satima.
[They-have-waited] [him] [hours].
They have waited for him for hours.

Remember: In Croatian everyday language, imperfect, pluperfect and aorist tenses are hardly ever used. All you need to learn to reach a conversational level is the perfect tense.

Although you now might be feeling slightly overwhelmed, there is good news ahead!

Let’s look at the present tense together.

Unlike the past, there’s only one present tense in the Croatian language.

You use present tense when you want to express an action in the present or in the near future, a wish, a habit, a command or a repeated action.

Uglavnom volim pjevati.
[Usually] [I-love] [to sing].
Usually I like to sing.

How to form the present tense in 2 steps:

Take the present base form of the verb:

Add the endings for the present:

Here are some more examples of the present tense:

I need to mention, however, that the Croatian language has lots of exceptions to the rules and some of these are evident in the making of the present tense. For this reason it’s really important that you study Croatian with a teacher rather than on your own.

There are two future tenses in the Croatian language:

You use future I. tense to express an action that will happen after the moment of speaking.

How to form the future I. tense in 2 steps:

Take the Infinitive form of the verb:

Reminder: The shorter form of the auxiliary verb htjeti is:

The letter “i” sometimes disappears in the future I. tense. This happens both in writing and in speech.

There is also a second future tense in Croatian:

How to form future II. tense in 3 steps:

Here are some more examples:

Don’t let the tenses scare you away! You can reach a high level of speaking Croatian by knowing just the perfect tense, present tense and future I. tense. You can master the rest when you study more advanced aspects of the language.

Verb aspect is something that might be the hardest part of grammar to learn. For some, this might be the most difficult part of the language to master.

Slavic languages have an “aspect distinction” when it comes to verbs. Aspect is the category of verbs, not a form or a tense of verbs.

There are two verb aspects:

Although their names are somewhat similar to the Croatian tenses, they have nothing to do with tenses, they are simply a property of verbs.

Every verb in Croatian has both aspects and, if we compare them to verbs in English, here is what they are:

Let’s look at some example sentences in English.

I was cooking lunch.
I had cooked lunch.

In the first sentence, you’re expressing an action that lasted for some time in the past, and you emphasize the duration of the action.  – I was cooking lunch.

In the second sentence, you are simply stating the fact that you have cooked lunch, an action that is finished in the past, it expresses a result of an action. – I had cooked lunch.

If we were to translate these sentences into Croatian, we would use both aspects of the verb “to cook” – kuhati.

The downside is that there’s no specific rule on how to form the perfective verb.

In some cases, you simply add a prefix to the imperfective verb, but there are several prefixes to choose from and not all can be used in every verb. There are also irregular verbs that don’t follow this pattern.

Here are some examples:

Again, besides the a/i distinction, some verbs change some sounds as well:

Another important thing to mention is that in the present tense only the imperfective verbs are used. The only exception is if you want to specify an action that you do every day.

Svaki dan gledam seriju.
I watch a show every day – (you watch it, but maybe you don’t finish it.)

Svaki dan pogledam seriju.
I watch a show every day – (you watch a complete episode every day.)

As you can see, this is quite a difficult aspect of Croatian language to grasp. These are some general rules for making the perfective and imperfective verbs but, as you can see, the best way to learn these is simply by memorizing them.

I hope this extensive introduction has helped you get some clarity on Croatian verbs.

I have also put together a list of great resources to begin or continue your language learning journey.

Remember, even though Croatian may be complex, there are several benefits of learning this language. All you need is to find a strong motivation to keep you going when the going gets tough.

Feel free to share this article with a friend eager to learn Croatian.

This article is a part of a set of articles called The Croatian Language Series. If you would like more information about different aspects of Croatian, please visit the related posts: 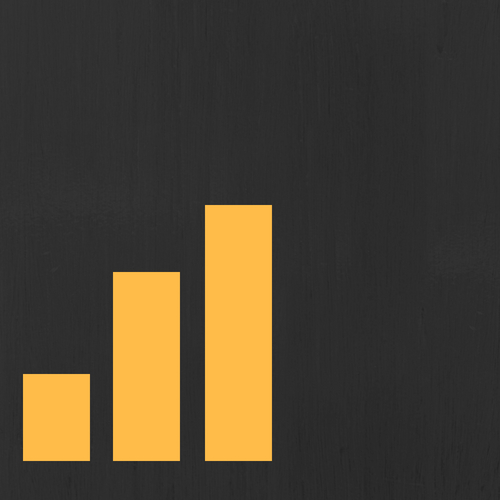 Understanding the Cases in Croatian